The 5 Most Important Trends in Proposals in 2021 and Beyond

Home|Blog, Featured Article|The 5 Most Important Trends in Proposals in 2021 and Beyond
Previous Next

The 5 Most Important Trends in Proposals in 2021 and Beyond

According to the Department of Commerce, the United States’ GDP declined by 3.5% in 2020, the single worst year for the economy since the end of World War II. Most companies experienced major losses in revenue. Many had to make layoffs and reduce team sizes. It was an incredibly difficult and chilling year for nearly every company in every industry. Now, though, with vaccination rates rising in the United States and throughout the world and a possible end to the ongoing pandemic in sight, the economy seems poised to recover, and possibly even boom, in the years ahead. In fact, The Federal Reserve anticipates an eye-opening 6.5% increase in real GDP for the United States in 2021.

The combination of the severe recession in 2020 and the massive, expected growth for 2021 creates a number of interesting business conditions. How will companies choose to optimize their resources to capture the opportunities abundant in the ensuing economic recovery? And how will the decisions companies make in the years to come filter down into the proposal and capture functions? Below, we detail the five biggest trends companies can expect for proposal and capture teams through the end of 2021 and beyond.

The Proposals Are Coming!

According to Loopio’s 2021 RFP Response Trends & Benchmark Report, 75% of companies expect to see RFPs in their industry stay the same or increase, while only 6% of companies expect to see a decrease. The increase in expected RFPs makes sense on multiple fronts. First, as revenues recover, governments will be looking to stimulate their regions with more projects. Second, businesses project to have more revenue this year than last and will be looking to purchase tools, services, and solutions  they weren’t able to access last year. These two trends represent an overall increase in demand for new services and products that will be reflected in the number of RFPs issued.

At the same time, governments and businesses will be expected to justify their expenses to a greater extent than they did before the recession. As a result, companies should also expect to see an increased number of proposals issued not only for attaining new services or products but also for retaining existing services or products. With the influx of opportunities, companies will need to be disciplined to ensure they have enough capacity to generate strong proposals to retain their existing customers, even as they pursue new capture opportunities.

Personalization & Expertise Will be More Important Than Ever

Not only will proposals be issued at a greater rate in 2021, but they will also be more difficult to capture than they have been in the past. Proposal and capture teams are becoming more sophisticated, and as they expand and refine their operations, proposal quality has increased significantly. As a result, customers expect a greater level of expertise and personalization than ever before. Over the last year alone, the average number of people that contribute to a proposal has increased from 7 to 9. The average amount of time spent on a proposal has increased by two hours (despite more widespread adoption of technology). And companies are throwing their hat in the ring more often, responding to an average of 2% more proposals every year. As more companies improve their proposal and capture teams, winning a proposal will only become more difficult. Companies must respond by improving their internal processes to focus on the proposals with the highest chance of success and continuing to invest in producing high-quality proposals.

Staff Will Be Expected To Do More With Less

According to Loopio’s 2021 RFP Report, 70% of companies don’t expect to hire more staff in 2021. When considering that most companies also laid off staff last year, proposal and capture teams should expect to weather the year with smaller staffing than they’ve been accustomed to in the years prior to the Coronavirus pandemic. Meanwhile, as mentioned above, most companies anticipate a significant increase in proposals as the economy recovers. In fact, just 6% of companies report they expect to respond to less proposals in 2021! The only way to respond to more proposals with the same headcount will be to ask staff to do more with less.

Top Performers Will Have Data-Backed Processes

Teams that win over 50% of their submitted proposals have three things in common. First, top performers are more likely than average to track metrics related to proposals. Among the most commonly cited metrics are Total Revenue, Bids Submitted, and Bids Won. Interestingly, teams don’t often track profitability metrics (i.e. how much can we expect to profit off this opportunity taking into account implementation and proposal preparation?) or the relative strength of the opportunities they pursue. As we explain in How to Leverage Data to Make Better Pursuit Decisions, each of these less frequently tracked metrics is key to establishing a strong qualification process.

Second, the most successful proposal teams are more likely to employ Go/No-Go Decision Processes. Around 28% of companies don’t have a documented Go/No-Go Decision process. Not having a defined decision process correlates with a lower win percentage on proposals. Most likely this drop in percentage occurs because companies without defined qualification processes are more likely than average to pursue poor-fit opportunities.

Strong Qualification Processes Will Be More Important Than Ever

As the economy recovers, executives seem poised to ask proposal teams to do more with less. But just because companies will be eager to recover revenue doesn’t mean that responding to every proposal will be the most efficient use of resources. In fact, even though most executives (75%) want their company to pursue more proposals, most executives (62%!) also believe that proposals take away time from more important business functions.

Those responsible for proposals should avoid falling into this trap by diligently qualifying proposals ahead of time and implementing a standard system for rating the quality of incoming proposals. By tracking qualification and related successes, proposal teams can lead their company in data-backed win-loss analyses that can demonstrate how fit affects the chances of winning and improve qualification down the road.

Winning proposals in 2021 and beyond will require more personalization and expertise than ever before. Meanwhile, there will be an influx of proposals both for new customers and to retain existing customers. While some might believe it’s possible to do more with less, those on the ground understand that something has to give. Unfortunately, what gives most often is quality. As quality drops, win percentage will too. To avoid wasting time and energy pursuing poor-fit opportunities, companies should review their qualification and response functions and firm them up with data-backed processes that help ensure proposal resources are dedicated to the highest-value opportunities. 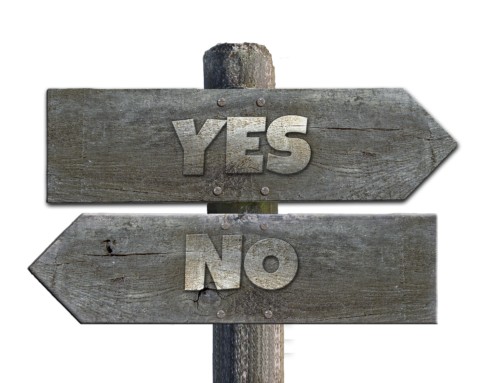 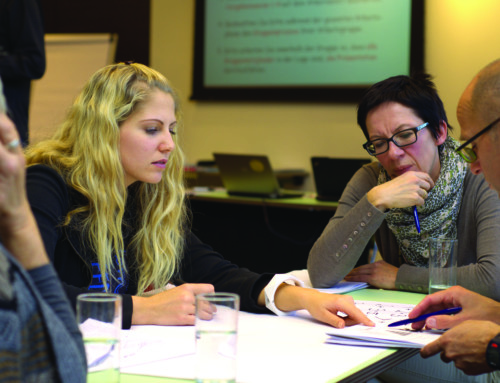