Two recent decisions by the U.S. Government Accountability Office (GAO), one of the forums that hears protests by disappointed bidders for Federal Government contracts, highlight some of the extra steps that buyers of businesses performing government contracts may need to take before closing a deal.

A basic principle of Government contracting is that the Government must evaluate offers it receives to determine whether and how well the would-be contractor will meet the Government’s requirements. (Exactly how this evaluation will be done is described in each solicitation’s specific evaluation criteria.) This process is meant to ensure the Government gets what it needs at the price it wants to pay, and also to guarantee that meaningful competition between offerors takes place. If an offeror could propose one thing and do something else, the competition will not have been fair and the Government’s needs might not be met.

In one recent case, a disappointed offeror protested that the winning proposal and the Government’s evaluation thereof failed to reasonably reflect the manner in which the contract would be performed and the corporate entity that would perform the work, in light of the corporate sale during the pendency of proposal evaluations of the business unit that was going to perform the contract. In short, the protestor argued that the company that wrote and submitted the proposal and the company that would perform the contract were different; therefore, the Government could not be certain what it was buying. 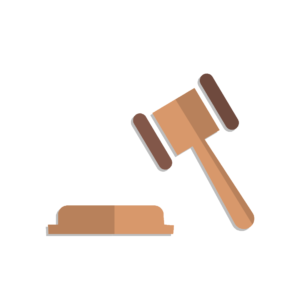 GAO denied the protest because it found that the Seller had taken the pending transaction into account when preparing the proposal and had informed the Government of the contemplated sale, and the Government had reasonably considered this information. The Seller had explained in its proposal that it had structured the offer such that the business unit’s change of ownership would not impact how it would perform the resulting contract. The Seller stated that the transaction would not impact the proposed technical, staffing, or pricing approach, and that all assets of the business unit, including those required to perform the proposal, would be transferring as part of the transaction. If selected, the business unit—albeit under Buyer’s ownership—would provide the same personnel and use the same methods to perform the resulting contract that were reflected in the proposal. In addition, the business unit would perform on the same schedule and at the same pricing terms and level of effort as proposed, and all teaming arrangements with partners would remain intact so as not to impact performance or price.

Given these disclosures and promises, GAO found that the Government had reasonably evaluated the potential impact of the pending transaction and had reasonably awarded the contract to the business unit notwithstanding its new ownership. Without such disclosures and assurances, however, the result might have been different, meaning that the Buyer might not have received the value it was expecting from its acquisition.

The sale of government contractors or business units or assets thereof is not unusual (unlike the sale of a specific government contract, which generally is not permitted). GAO’s protest decisions regarding matters of corporate status and restructuring are highly fact-specific, but they generally focus on whether it was reasonable for the Government to reach conclusions that it did regarding the impact of a corporate transaction. Where a corporate acquisition or restructuring does not appear likely to have a significant cost or technical impact on contract performance, the corporate transaction does not render the Government’s evaluation and award decision improper. Conversely, where an offeror’s proposal represents that it will perform the contract in a manner materially different from the offeror’s actual intent, an award based on such a proposal cannot stand, since both the offeror’s representations, and the Government’s reliance on such, have an adverse impact on the integrity of the procurement process. Key in GAO’s analysis in these decisions has been whether the Government contracting agency was aware of the particular corporate transaction and of the imminence and certainty of the transaction.

In contrast to the above decision, GAO recently sustained a protest and overturned a contract award where one of the winner’s proposed key personnel had become unavailable. (While that particular case did not arise from a corporate transaction, this is a situation that easily could arise when a new business unit is integrated into a Buyer’s organization.) GAO’s longstanding rule is that offerors are obligated to advise agencies of material changes in proposed staffing, even after submission of proposals because a firm may not properly receive award of a contract based on a knowing material misrepresentation in its offer. Thus, an offeror generally is required to advise the Government when it knows that one or more key employees have become unavailable. That duty does not arise if an offeror does not have actual knowledge of the employee’s unavailability.

There are other considerations Buyers should take into account when buying a business that seeks or performs government contracts. A non-exclusive list includes: 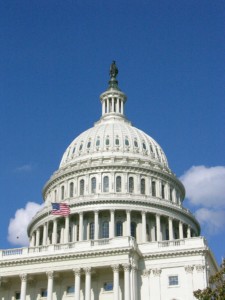 None of these issues should be an automatic deal-killer. But, they should be taken into account during due diligence and may impact how the transaction is structured. Buyers beware!

This blog post was originally posted on Brown Rudnick’s blog at https://brownrudnick.com/alert/recent-decisions-highlight-extra-diligence-needed-when-acquiring-a-government-contractor/. Reprinted here with permission.

The mission of the APMP-NCA chapter is to support our members in advancing their professional goals and increasing their capabilities to win business.