An Ode to the “Good Ole Days” in Government Contracting

An Ode to the “Good Ole Days” in Government Contracting

The author, Jim McCarthy, founded AOC Key Solutions in 1983. However, contrary to popular belief, he was NOT the proposal manager for the first design-build contract for the original Egyptian pyramids. These are Jim’s observations, rough at the edges and worn by the passage of time. Do you agree with some (any) of them? Can you point to other differences between then and now? Let us hear from you.

A business developer could freely walk the halls of an agency with a good shot at actually talking to decision-makers.

Multi-disciplined proposal consulting firms, such as ours, were relatively rare.

Commerce Business Daily and FedBizOpps did not exist. The FAR had not yet been compiled.

Opportunity pipelines were managed on papyrus, or if really progressive, on scrolls.

Teaming and joint venturing  were often explicitly prohibited (or at least discouraged) in writing by the terms of an RFP.  A solitary prime contractor was likely the offeror. Gaggles of partners and pre-selected subcontractors were generally not featured in proposals back in the day.

Some Government agencies meant what they said when they cautioned industry against elaborate and expensive-looking “brochuremanship” in proposals.  Some companies resisted the use of color for decades.

Large companies with proposal centers appointed librarians to track down document requests by hand prior to the advent of a robust Internet.

Tools of the trade for proposal graphics consisted of light tables (or in their more rudimentary form, drawing tables); X-Acto Knives; T-squares and rulers; tweezers; rubber cement and solvent; and pens, pencils, and erasers. Plenty of erasers.

Proposal writers used legal pads to spew forth illegible cursive text as if they had gone to medical school. Carbon paper and Wite Out™ were authors’ best friends.

Proposals, while containing basic graphics, were text heavy. And most would agree, ugly.

Writers almost always began with a blank sheet of paper. The use of boilerplate was in its nascent stages. Because Knowledge Management—as we know it today—did not exist, databases containing scores of resumes, contract profiles, and  standard approaches, etc. had not yet been invented.

A single red-teamer could not undo person-months of diligent proposal work with an unsupported claim that the section was non-compliant.

Publication departments used mimeograph, typesetting, or dot matrix printers. Printing could take days depending on the length of the proposal.

I can remember sending a single document to the printer,  then going to lunch hoping it finished printing by the time I returned.

RFPs were distributed via snail mail.

One could never be certain of having received all amendments to an RFP. Call the CO on the day before the due date to make sure.

Editing was time consuming and difficult. Corrections to source documents were labor intensive. Review teams were not routinely 11th hour activities because of the difficulty in making wholesale changes and edits.[su_pullquote]Geographically dispersed virtual proposal teams were unheard of.[/intense_blockquote]

If you wanted to talk to the person in the next cube, you walked on over. Some said this email thing will never take off.

Proposals with a limit of 20 pages did not have to grapple with a 50-page RFP SOW.

Complex resource-loaded Integrated Master Schedules had not yet been conceived. Remember, Microsoft Excel did not appear on the scene until the mid-to-late 80’s.

Maybe I am wrong, but I remember that the use of Invitations for Bid (IFBs) was common.

Protests by unsuccessful bidders were rare and thought to be the kiss of death in the agency’s view.

When Government said it wanted competition, it actually meant it.

Proposal document version control was a dark art, for SharePoint had not yet been invented.

Hard copies of a proposal in progress were taped to a wall by someone appointed solely for this purpose.

If you wanted to talk to the person in the next cube, you walked on over. Some said this email thing will never take off.

Oral presentations, although rare back in the day, consisted mostly of flipping vu-graphs using some type of overhead projection contraption.

I am sure that there were forward-looking entrepreneurs in the Government proposal space even back when. But even Nostradamus was unaware of today’s mainstays: GWACs, IDIQ contracts, FEDSIM, SAM, sources sought/RFIs, setasides, HUBZones, SDVOSBs, NAICS Codes and size standards, desktop publishing, orals, CPARs, OSDBUs, cybersecurity, death by affiliation, spellcheck, solution architects, FPRs, SF33s, electronic cut-and-pastes, RFP release slippage due to Government shutdowns; video orals, LPTA, right of first refusal, discriminators; and my favorite: “Your proposal does not sing, and is fatally flawed.” 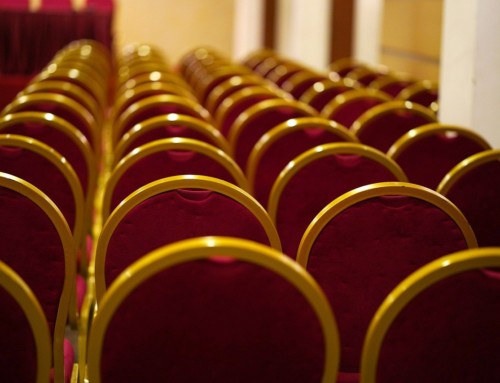 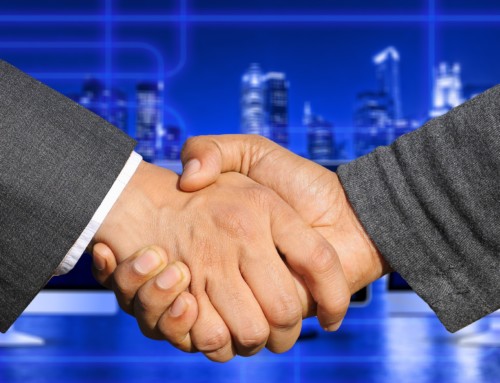