What is the Best Design Style for Proposals?

Home|eZine|Ask the Graphics Guru|What is the Best Design Style for Proposals?
Previous Next

What is the Best Design Style for Proposals?

Reacting to what we see is instinctual. In some instances, our reactions can mean the difference between life and death. Fortunately for us, reviewing proposals is not life threatening, although it taps into similar feelings and reactions that then become judgments about what is being reviewed.

The style of your graphics says a lot about your solution and your company. Do you want to be seen as safe or innovative? Traditional or modern? Whether you like it or not, the look and feel of your proposals communicate these concepts at a glance. The key is to appear as you want to be seen. To elicit a targeted response based on the style you choose.

There are three prevailing design styles in modern proposals: skeuomorphism, flat, and material design. (For the purposes of article, the following are broad definitions. There are nuances and subtleties within each style, which I do not address here.)

Skeuomorphism echoes reality. The designer’s intent is to use intuitive, familiar visual cues that help the audience recognize and understand the element depicted. It is sometimes used to trick the eye into making a design look and feel real. Examples of skeuomorphism include 3D elements, gradients, textures, drop shadows, bevels, and highlights. The following is an example of an iceberg graphic that I made in the skeumorphic design style.

Flat design is the sometimes extreme simplification of all design elements. The designer intentionally removes unnecessary aesthetic enhancements (e.g., gradients, shadows, highlights). It is almost the opposite of skeuomorphism. The following is an example of a temple graphic I made in the flat design style. 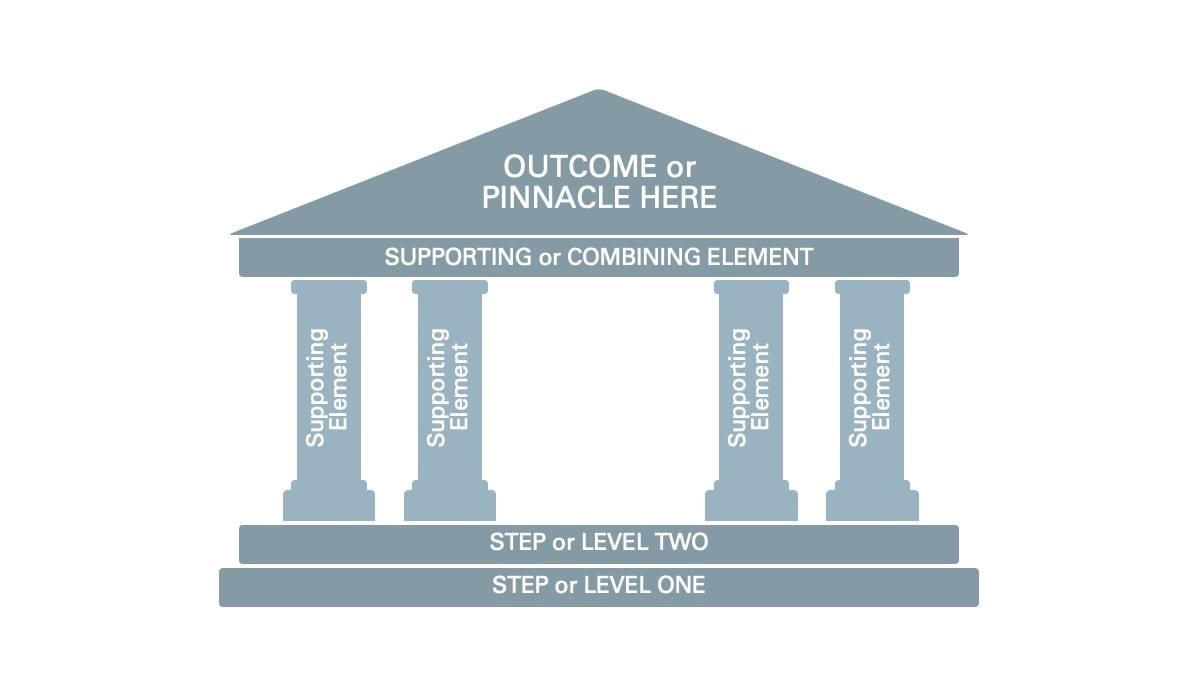 Material design is a hybrid of both skeuomorphic and flat design aesthetics. Material is the newest style of the three. It uses skeuomorphism, as needed, to communicate meaning, provide hierarchy, and add visual interest. Usually, the skeuomorphic elements are simplified to complement the flat features. The following is an example of a Venn graphic I designed in the material design style. 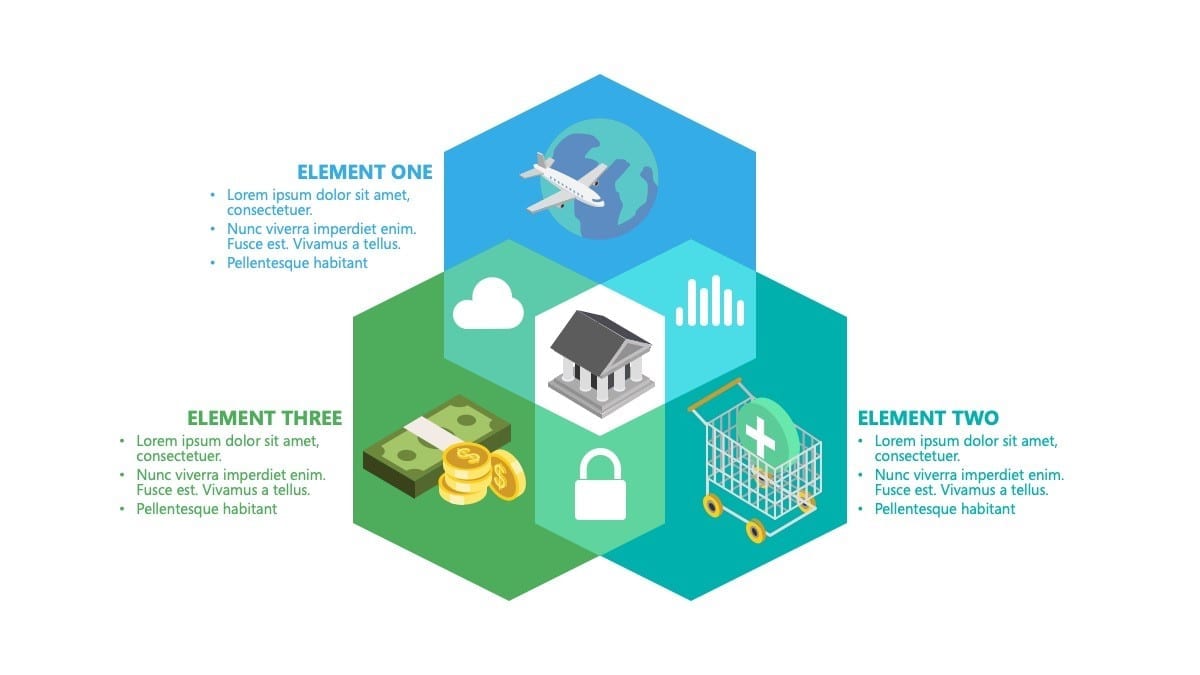 Which is better? All three have pros and cons. The subject matter, content, and medium play a role in which style works better. For example, if you are developing a basic user interface (UI), flat design usually loads faster.

With proposals, I recommend the material design style because it appeals to the broadest audience. Many times, proposals are reviewed by a mixed group of evaluators with different preferences, biases, backgrounds, and ages; therefore, I use that latitude in material design to visually appeal to everyone in some way. Graphics that look real (skeuomorphic) often appeals to an older audience and simplified design (flat) appeals to a younger audience. Using extreme skeuomorphism, which looks hyperreal or is an overly embellished reality, is considered an outdated style. On the other hand, flat design can be seen as (too) easy to make and the associated content can be devalued. The audience may think, “This is a serious topic, and this graphic looks as if it was made in a few minutes. Are they taking this bid seriously? Is this the best I can expect from them?” The following two iceberg graphics compare two design styles: skeuomorphism versus flat. Which do you prefer and why?

When choosing a style, avoid your own bias. You are not the decision maker. You are not the person who chooses the winner. Instead, consider the style that is consistent with how you want your company and solution to be seen. If you know the customer well, then create graphics that will appeal to them. 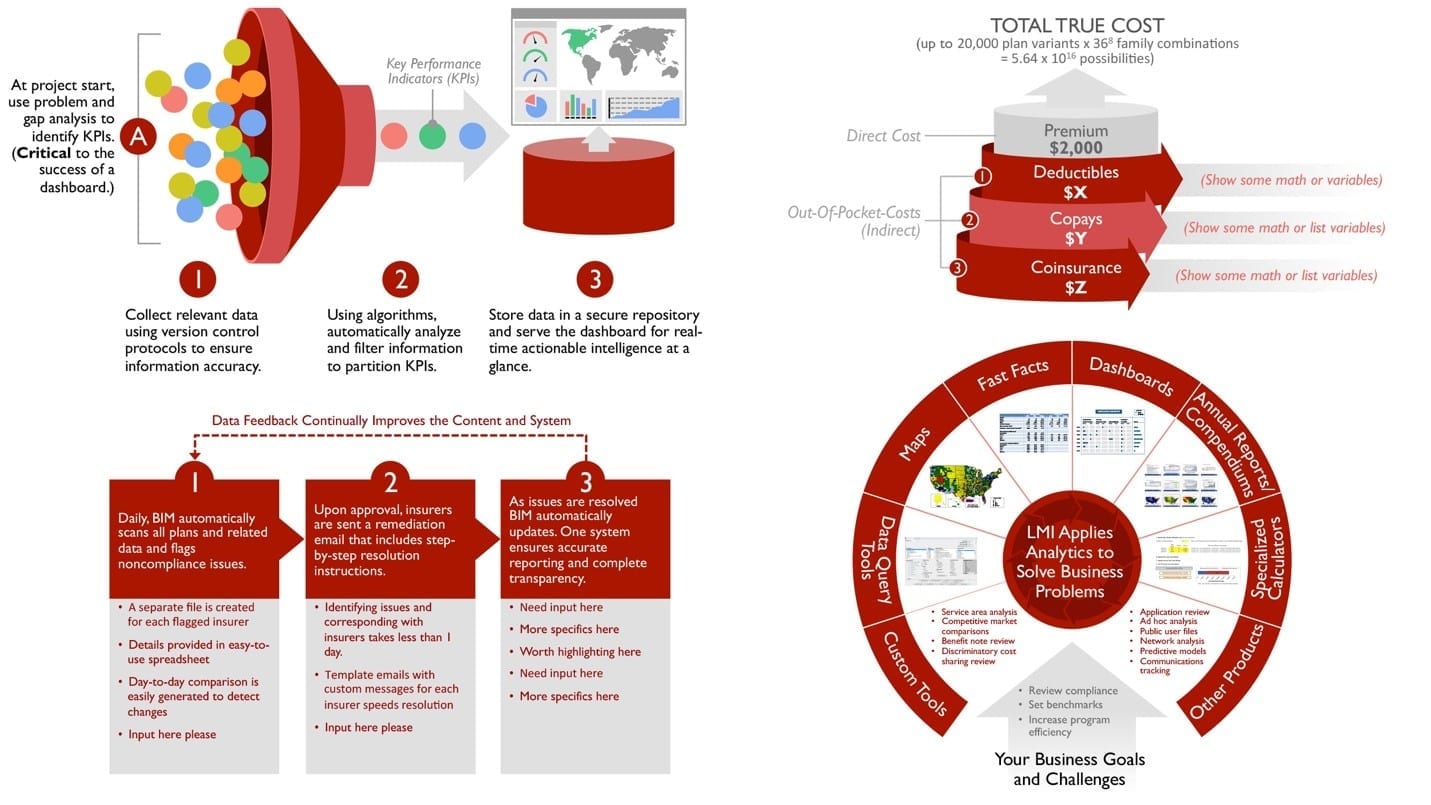 As you study your company’s brand and customer’s preferences, you will soon uncover the graphic style that best reflects both—and you will win more proposals. 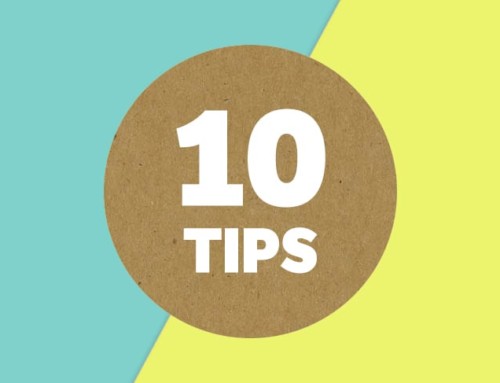 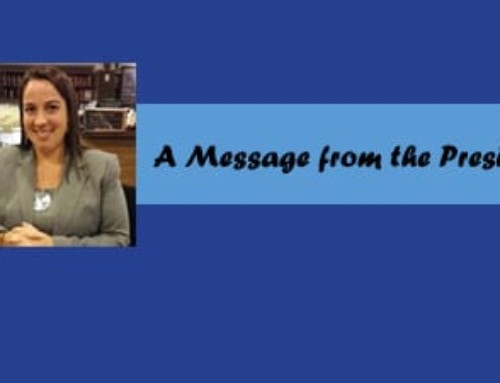 Message from the President Gallery

Message from the President